Natural evolution of technology: a dialogue about Industria 4.0 with the engineer Corrado Tamiozzo, R&D Manager by Metal Work. 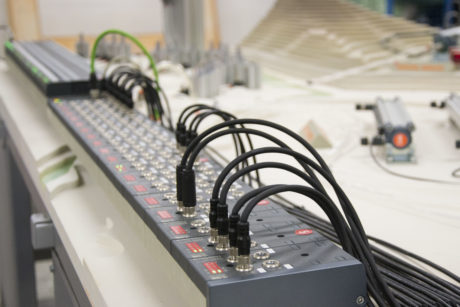 There is something that characterizes the “Industry 4.0” phenomenon and differentiates it from the previous changes lived by industry along the last decades. They have always been relegated to the B2B world, arousing scarce interest in consumers and then in mass media, whereas now Industry 4.0 has attracted a new media interest, also by media not acquainted with industry and with any technicality. Certainly, such interest has boosted the Industry 4.0 phenomenon, perhaps excessively, creating the impression of facing a new industrial revolution, the fourth industrial revolution, as it was defined, – suddenly emerged and in the lapse of very short time. Is it really like that?

Mr Tamiozzo, is Industry 4.0 a revolution?

“If I refer to my personal experience, I cannot state Industry 4.0 is a revolution of our current times but instead a maturation of concepts and ideas that technically had already existed for years, have had their natural development in time and today, due to various favourable surrounding conditions, have successfully consolidated. I make an example: fieldbuses are a key technology of Industry 4.0; personally, I already studied them at the technical institute. At that time, they were pure theory, it was a futuristic technology but it was already a topical issue, its advantages were already highlighted. It was not used on the field, but it was here, on school benches. This is true also for other concepts. Rapid prototyping, for instance, other key technology of Industry 4.0: Metal Work bought the first prototyping machine various years ago and we started using it. What I mean is these key technologies of industry 4.0 were not born today, they are the result of an evolutionary course and just today they have strongly consolidated. It is an evolution, a maturation, not a revolution, as it is often stated”.

What conditions have led today to the success of these technologies?

“First, their technical maturation that has made them more interesting for use and, especially, more reliable, then the professional growth of technicians who have learnt how to use these technologies and to appreciate their advantages. Certainly, there are also economic aspects: a new technology generally involves unaffordable costs, which decrease only when the technology itself matures and successfully spreads. Finally, the incentives of the last years have certainly favoured the investments in this ambit”.

“Marketing has played its role, focusing everybody’s attention on technologies that, I would like to underline, would have anyway proceeded, perhaps more slowly but certainly in unstoppable way”.

Why are you so convinced this success would have anyway occurred?

“Because they are winning technologies, which provide production with several advantages. As manufacturing company, Metal Work uses components, machines and information systems that are typical of Industry 4.0. In the management of production, for instance, of line downtimes and so on.  State-of-the-art machines allow a data collection and a predictive diagnostics that were unimaginable in the past. Today we use them and they have so widely spread due to incentives, probably, but we would have used and developed them in any case. Once appeared as concept and once understood their potential, they have become the natural way to be undertaken by industry willing to be up-to-date and to deal with the global market. The emerged setting had the merit of speeding up the success of these technologies. However, we would have achieved this outcome anyway”.

What do these technologies represent for industry today?

“The modern industrial production that competes on the world market and pays attention to innovation can no longer set these technologies aside today”.

Naturally, not only technology has evolved and has reached a certain maturity…

“No, certainly. The operator had to live the same evolution, too. Today, the operators in our sector can no longer reason only in mechanical terms but they must understand the electronics at the base of technologies and machines. It was a parallel growth that involved technologies, engineers and market”.

What does the market ask you today?

“Our market demands on one hand for user-friendly, reliable but highly performing components. Simultaneously, however, it asks for high-end components, equipped with electronic instruments that allow the integration with more evolved systems. Today, we are expected to have and to offer both solutions because the market is made up by the two realities: the traditional mechanical one and the more complex electromechanical one”.

Is it necessary to make use of double manufacturing lines?

“No, not necessarily. Ideal is to succeed in matching both solutions in a single component; to be able to implement a reliable, smart, high-performance product at competitive costs but already prearranged for the integration in high-end systems. This is obviously the optimal result”.

Has Metal Work similar components in its range?

“I mention, as an example, the EB80 valve system. This has the features to be used in both conventional and high-end electromechanical environment because it has basically a very smart structure allowing modularity and flexibility. It shows also some basic characteristics that remain valid in any configuration. It allows, for instance, working with voltage intervals from 10.8 to 31.2 volts, aspect that standard valves do not permit. Therefore, it is possible to use this system in very challenging environments where there are often voltage variations. The internal diagnostics is shared by whatever valve model, as well as the internal protection filter. Then a modular expandable system is available, with basic peculiarities that prearrange it for any configuration”.

Evolution in the DNA

Does shifting from Industry to Industry 4.0 change the company’s structure?

“It changes it slowly but radically, in all of its segments, from design to management and to IT. However, it is worth underlining that an innovative company does not wait for Industry 4.0 to change. It evolves continuously, seizing the possibilities and the innovations offered by reality, irrespective of the time but according to its own sensitivity and farsightedness, residing in its DNA, in its more intimate nature …”.

An open-minded leadership is certainly necessary …

“Yes, it is fundamental. Luckily Metal Work was founded over 50 years ago by a person – Erminio Bonatti – who has always been characterized by this farsightedness, who has always hugely invested in research and development, in all of its facets, and who has always made the company keep pace with the innovation forefront. The same philosophy inspires the new management team. For this reason we can truly affirm that innovation is in the DNA of Metal Work”.

Half century of innovation

Metal Work is an Italian company specialized in the production of pneumatic components for industrial automation. The enterprise was established as one-man company in 1967 and starts with the production of push-in fittings for compressed air systems. It has gradually but constantly expanded its production and sale structure, to the extent of becoming, today, one of the outstanding realities in the sector of pneumatic fittings for automation systems, with a product range consisting of five lines: actuators, valves, FRL units, fittings and handling components. In the plants at Concesio (BS), where Metal Work is headquartered, today work over 400 employees.

Precision in either electric or hydropneumatic presses