At the end of last century, the prestigious review Science entrusted the President of the United States in charge Bill Clinton with the writing of an editorial entitled “Science in the 21th Century”.

In his report the President wrote “..Imagine a new century, full of promise, molded by science, shaped by technology, powered by knowledge… We are now embarking on our most daring explorations, unravelling the mysteries of our inner world and charting new routes to the conquest of disease….’’. Such text was the preamble for the setup and funding, in 2000, of the National Nanotechnology Initiative (NNI), research programme dedicated to the development of nanotechnologies that has integrated the resources by the major US research bodies.

Since then, the NNI has successfully pursued the initial targets, i.e. the progress of research in nanotechnologies, the transfer of new knowledge and technologies into products to be commercially exploited for the use by society to its full benefit, the development of resources committed to the training of a labour force featuring outstanding competences and a responsible development of nanotechnologies. 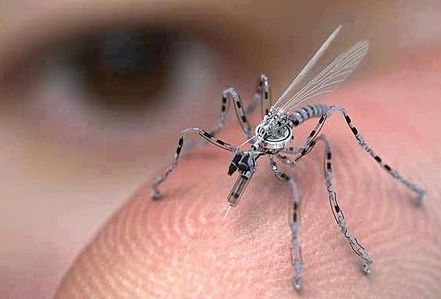 Without going into the details of numbers and statistics, it is undoubted that the impact of such an important and impressive programme (and of similar ones, or others connected with it) has been notable. Nanotechnologies have already influenced the world where we live enormously: today many medical cares are based on the accomplished studies, new materials in experimentation phase or already on trade permit much higher performances than conventional ones. Moreover, the possibility of observing nature in its most intimate scale has allowed understanding how living beings can have determinate properties that were unexplainable in the past, meanwhile providing the possibility of imitating them for the development of new products.  In other words, the research and development of nanotechnologies seems to be strategically important for the attainment or maintenance of forefront positions, or even of absolute primacy, in the order of the planet’s economic and social development.

Let us think of China, which started some years after USA (precisely in 2006) a programme resembling NNI’s, which since then has not skimped money and human resources concerning this matter and today manages to compete, at least in terms of scientific publications and quotations on the primary and most prestigious nanotechnology reviews, with its American rivals.

Apart from some people’s oppositions, mainly connected with ethical aspects and possible bad destructive uses of nanotechnologies and the possible toxicity of some products linked with such technologies (just consider nano-powders), questions that have accompanied each great discovery or innovation, it is undoubted that the outline just illustrated is likely to extend and to hold ever-increasing importance.

Europe is not idle, even if relying on lower budgets than the two superpowers’, and tends to compete at least in terms of results, especially Great Britain and Germany.

What about Italy? Despite much lower GDP percentages lavished in research compared to the majority of industrialized Countries, results are not missing and, with them, patents and their economic exploitation. The reason for complaining is the gap between the research world (not only academic) and the financial and industrial one, which hinders the exploitation of the new results on the field and strongly limits the benefits for the Country, owing to the difficulties in finding new funders daring to risk, able to bet on not mature technologies, yet, and on young researchers (thus avoiding that they search for a job abroad), to compete on a global scale.

In short, there are ideas and start-ups, too, it would be fine to let them become big in Italy.