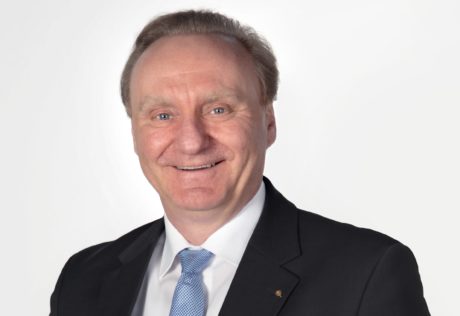 Interroll, a leading global provider of material handling solutions, announces that Dr. Ralf Garlichs, Executive Vice President Products & Technology and member of Interroll Group Management, has decided to leave the company by the end of June.

Garlichs, 55, joined the Interroll Group in 2006 as Executive Vice President Drives & Rollers. Since 2011, he has been Executive Vice President Products & Technology and a member Interroll Group Management.“Ralf Garlichs has been highly successful in advancing Interroll’s technological development and innovation over the past few years, especially with regard to our platform strategy and the digitalization of our company,” says Paul Zumbühl, CEO of the worldwide Interroll Group. “He also directed the successful expansion of our production capacities and pushed forward the implementation of lean manufacturing as part of our globally oriented Interroll production system.
We are convinced that on these very good foundations we will successfully speed up our further expansion. On behalf of the entire Interroll Group Management, I would like to thank Ralf Garlichs and wish him the very best for the future.”
The successor of Garlichs will be announced at a later date.