Fai Filtri has come a long way since 1976, a long journey of more than 40 years which today consists of filter elements and components for aftermarket industries, hydraulics, electrical discharge machining, air, oil and industrial separators. 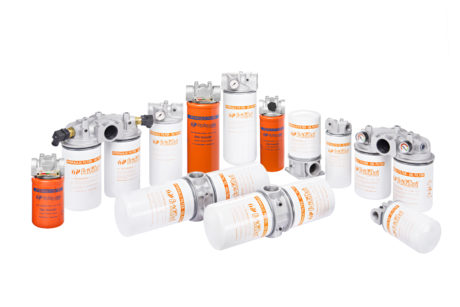 The history of Fai Filtri, Italian company that produces filtering elements and components for the sectors of aftermarket, hydraulics, spark erosion, air/oil separation and industrial, starts in 1976, year when it is established by Pasotto family and in which it begins its successful course in the filtering world. After more than 40 years, the company is still run by Pasotto family, with Wilmo as President and his son Roberto as General Manager. The production of filtering elements is constantly implemented thanks to the ongoing investments not only in instruments and spaces but also in training, thus contributing in creating an efficient business model, which looks at the future not only of the company but also of its customers.

Core business of Fai Filtri are the aftermarket filters, for which they have reached the utmost compatibility with the machines of primary manufacturers and the full interchangeability with Spin On filters, company’s best seller, whose peculiar characteristic is the user-friendly, fast and clean replacement of the clogged cartridge, action that proves strategic when the machines concerned by the intervention operate in degraded operational contexts and challenging environmental conditions. Company’s highlights are certainly the flexibility and the constant implementation of the production: “Thanks to the activities carried out in our laboratory, we can perfectly suit the requirements of our customers whose remarks, which we hold in the highest esteem, allow developing our products, perfecting them at best. Moreover, the product upgrading is constant, with the target of improving their characteristics and, especially, their performances. The constant research and the ongoing production implementation allow Fai Filtri to manufacture state-of-art products: an example of it are the screwed cartridge Spin-On filters, whose production modality is constantly upgraded and improved” comments Roberto Pasotto.

Today Fai Filtri operates with 105 employees, takes up almost 13,000 overall square metres in its headquarters at Pontirolo Nuovo (Bergamo, Italy),  of which 7,000 intended for manufacturing areas and 4,000 for logistics and stocking, besides sales and technical offices; the turnover of the 2017-year amounted to 20 millions, growing by 8% compared to 2016. It has always been an export-oriented company and it relies on a branch in the United States, one in Canada and one in Malaysia: «80% of the turnover is generated by exporting in over 80 Countries, for around 700 customers in the world.  The main market is the European one, followed by the North American and the Asian ones. Moreover, we are developing a sales network that allows us a constant growth and a widespread presence, in both the most industrialized Countries and in developing nations», adds Pasotto.

Improvement of the efficiency in Italy and abroad

The company has recently invested to improve the efficiency of both the head office in Italy and the subsidiary in the USA, with the aim of increasing the production and of making it leaner, since customers have specific requirements to be met in established times. In particular, in the Italian site they have introduced a new Paper & Net crimping plant and a new Rotary Paper Machine for the high-speed crimping: «The new machines intervene on the crimping of the filtering baffle, which is the main part of the filter, its core and the fundamental element. Thanks to these plants, the crimping productivity has risen up to reaching 50%, naturally providing the company with noteworthy advantages in terms of production capacity, precisely, of flexibility and of speed in setups, thus increasing the constant quality for customers», explains Roberto Pasotto.

Abroad, instead, the United States branch has been concerned by an important enlargement and by a reorganization of the inner spaces, with the target of having always a steady-state warehouse for the customers in the hydraulics and compressor sectors: «The warehouse of our USA branch is dedicated to the codes of filtering elements, air/oil separators, fast movers and top sellers in the hydraulic and compressor industry, for a total of 106 available references in stock on a surface of 400 sq.m.»,  tells Pasotto and he adds: «The need of having a dedicated stock aroused to grant the immediate product availability to our active customers and to the potential customers of the American market, granting just-in-time deliveries and avoiding the times of transport from Europe. With this warehouse, Fai Filtri USA can offer filtering elements and air/oil separators interchangeable with the primary producers of filters and with the most prestigious OEM».

The personnel’s training in collaboration with Festo

As relevant, to the ends of the corporate growth, is the personnel’s training, in collaboration with Festo Academy, society that helps companies in maximising the productivity and the competitiveness of their customers, with utmost attention to the development of human resources and their competences. During 2017 and 2018, they have planned over 450 hours for the various divisions, that is to say production, purchases and sales and the technical areas, through activities that aim at developing an efficient lean production, targeted to minimize the problems during the production, and using the “On The Job Coaching” modality, which enables a customized activity on the improvement areas of single persons and of the organization in general.

In the opinion of Roberto Pasotto «for the company, it is important the personnel’s professional growth, and investing in training means not only improving the company’s activities, enhancing and supporting its growth but it means also creating a united, efficient and pleasant work environment, with a trained and competent staff who can fully satisfy the requirements of those that turn to Fai Filtri, preparing the company to the future challenges».

The power that makes the difference