During the last three years, the Ing. Enea Mattei SpA has equipped its compressors with three-phase asynchronous motors with “Soft-Start” system, which is designed to contain the energy expenditure that usually occurs at the time of switching on and off of an engine electric. At these stage it is possible to  record absorption peaks which are 8 times higher than the nominal value. This does not only has a negative impact on electricity bills, but can also lead to the application of sanctions by the Authority.

The special ‘Soft-start’ system was created in cooperation with the Allen-Bradley, Rockwell Automation brand that deals with industrial automation. This system allows the start of the electric motor without mechanical stress and with a controlled power consumption, guaranteeing a great fluidity when both starting and stopping the motor.

“The first experiments – comments Eng. Alberto Del Grossi, Head of Operations at Mattei – date back to five years ago or so, and were conducted on 110 and 160 kW compressors. The positive results accomplished led us to extend the application of the system to all the other series: soon the 2000 series will be completed too”.

Allen-Bradley has been alongside Mattei in this project since the beginning. “After the feasibility studies and trials, we conducted a period of testing on the electrical and mechanical functionality of the solution adopted in conjunction with Mattei, verifying relative market response” explains Marco Turconi, Field Business Leader in Italy of the Components & Power Products division at Rockwell Automation. “The feedback was positive and our electronic equipment was gradually extended to the entire range Mattei with asynchronous three-phase motors“.

In addition to guaranteeing fluidity to the start phase and control of electric absorption, the collaboration with Allen-Bradley has proved particularly reliable: “Over these years we have never received any reports on failures or malfunctions, and the performances continue to be highly appreciated by our customers. – comments Del Grossi – Thanks to the excellent technical collaboration that has been established between supplier and manufacturer within a partnership that saw us both focused on a common goal”. 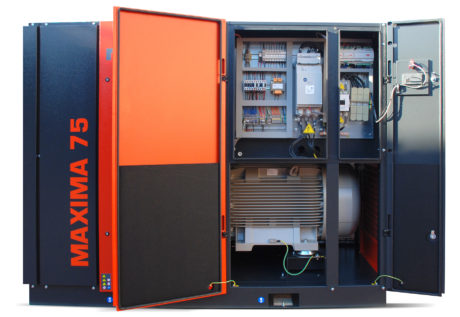 The Ing. Enea Mattei SpA designs, manufactures and sells rotary vane compressors on a worldwide scale. This exclusive and distinctive technology has made it one of the authorities in the market segment of compressed air.

Every year the company makes 6,500 rotary vane compressors, exporting more than 70% of its production.  Mattei is based in Vimodrone, in the province of Milan, and has two plants in Vimodrone and Verdello-Zingonia (Bergamo).

It has branches in France, Germany, Great Britain and the USA, representative offices in Russia and Spain and many commercial partners worldwide. In addition, to meet the growing demands of the market in South East Asia, a Mattei production and support centre has been operative in China since 2007. Founded in 1919, Mattei is still a family-owned company today.

How to bowl a strike in peace