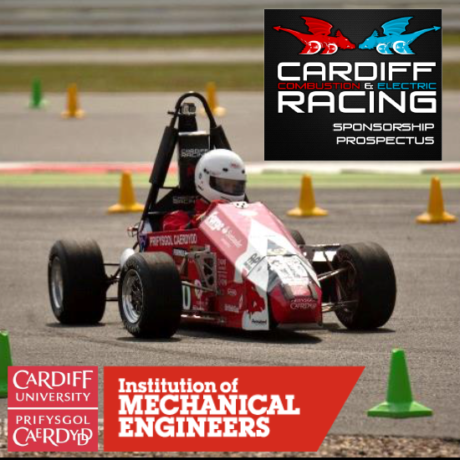 The 56-strong Cardiff Racing team beat off fierce competition at this year’s event, which took place at Silverstone over a weekend in late July, to be crowned Class 1 Overall Winners. The Cardiff team is the first UK outright winner of the competition since the Institution of Mechanical Engineers (IMechE) took over the running of the annual European event in 1998.

A keen supporter and sponsor of the team, SKF supplied a range of bearings for the car and provided technical assistance on bearings selection and installation throughout the 2017 car design programme. The team’s design goals included reducing friction losses in the drive train and suspension components, and achieving maximum reliability of the car during the competition’s gruelling trials.

There are over 50 SKF bearings of various types used in the construction of Cardiff University’s Formula Student 2017 car. The car’s suspension alone features 44 SKF bearings, including 32 rod ends installed in the suspension wishbones. SKF left or right-hand, female or male threaded rod ends consist of an eye-shaped head with integral shank, housing a spherical plain bearing. The suspension also includes four SKF needle roller bearings complete with inner ring at the rockers – a compact solution for this space limited application.

Eight SKF GE10 C maintenance-free spherical plain bearings are used in the support of the wishbone staking plates. These units are available in two formats: steel against PTFE or steel against sintered bronze, both of which are suitable for applications requiring very low friction.