Growth! This is the must we cannot disregard and the criterion with which we evaluate the soundness of economy, either international or of a continent, of a nation, of a field and so on, by decreasing order.

Well, Italian mechanics goes on growing, even better running, as confirmed by 2017 data, updated in October, which show for Italy, in the first ten months, an industrial manufacturing growing by 2.9 %, especially due to the driving action of the mechanical industry, i.e. with a rate almost three time higher than what was foreseeable just one year ago. 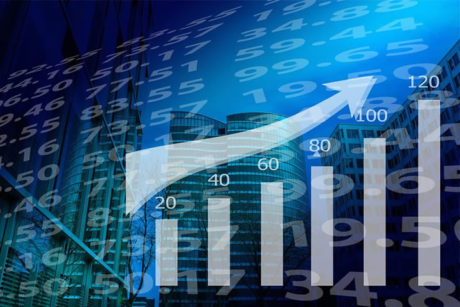 The machinery sector especially grows, also thanks to the rise of the domestic demand, positively influenced by the effects on investments of the incentive plan by Industry 4.0. However, not only capital goods are living a positive trend but also consumer goods, durable ones in particular score positive results: the automotive sector has been growing for four years now and Fiat, first in the sale ranking with an almost triple number of cars compared to the first of competitors, confirms to be the queen of the market.

Export goes on running, too, in a context of rosy forecasts for world trade volumes but nowadays it is no longer alone in supporting the positive mechanics trend, due to the positive course of the domestic market.

Such positive data determine the highest levels of enterprises’ confidence as well.

Certainly, we have not reached the 2008-figures, yet, when the industrial production, overall and engineering, exceeded the current one by almost 25%, as shown by the Federmeccanica survey related to the economic situation, but there are all the elements to look at the future with confidence.