Specializing in the production of components for the industrial sector, ISB boasts in its catalog a broad and diverse range of bearings, – ball bearings, roller bearings, supports, bushings, ball joints, and much more – among which the robust thrust-bearings (fifth wheel couplers) stand out. 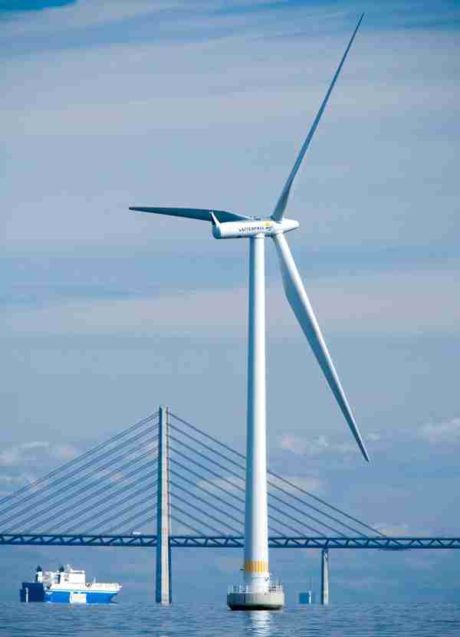 «Fifth wheel couplers – explain Engineers of the ISB technical laboratory – are formed by an inner and an outer ring, separated by rolling elements, and they are used for machines which, as in the case of excavators, concrete mixers, lifting vehicles, cranes or wind turbines, provide a rotational movement between two structural sections.»

In other words, thrust bearings fulfill a double function: on the one hand, they connect the two sections of the tool, on the other hand, they bear and transmit the operating load of the structure to which they are associated (two holes, respectively on the outer and inner ring, optimize the «grip»), respecting both the degree of precision and the operating parameters.

The diameter of the fifth wheel couplers range from a minimum of 250 mm up to considerable sizes, such as 10 meters for special applications, but since they have to maintain a relatively thin section to be inserted easily into the machine body, the only solution is to increase the rolling diameter of the rolling elements to distribute the load over a larger number of balls, verifying that the value of pressure transmitted does not exceed the authorized limit value of the material in use.

«For this reason – says the technical staff – it is crucial to intervene with heat treatment for induction hardening on rolling areas which host the rolling elements; thanks to this treatment, it is possible to increase the surface hardness of the areas in order to significantly increase the load capacity of the bearing itself.»

Compared to traditional bearings, also the rotation speed of the fifth wheel couplers is different, as it is limited to a few tens of revolutions per minute (depending on the friction torque, which is more or less high) to contain shock and vibration and to reduce the heat produced by the high operating loads of the tool.

Indeed, in extreme applications, despite the fact that the temperature may fluctuate between +150 °C to -40 °C, the footstep bearing and its components must be able to ensure both their integrity and functionality.

A decisive role to protect the “life” of the fifth wheel coupler is performed by the action of lip seals that «isolate» the space reserved to the rolling elements, while allowing only the release of the fat contained within the tracks without the introduction of any outside element.

«Though belonging to the classical mechanics – say the Engineers – and often hidden from the ‘base’ of large structures in rotation, the footstep bearing is one of the components with higher technological content which may belong to a mechanical construction.»

The mechanics of these components is critical at a time when people make investments to convert the energy of nature into electricity; hundreds of wind turbines and solar panels are created in order to achieve eco-sustainable and better future for all, and ISB is already contributing actively.