From workshop to industrial enterprise. This is the result achieved in forty years of activity by the Italian company Sati S.p.A., gear manufacturer, which has bet on quality, cutting-edge services and an efficient logistic organization. 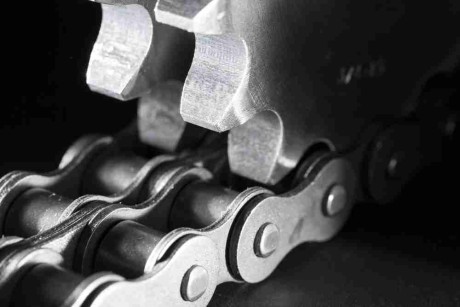 Tenacity and entrepreneurial spirit but especially the courage of pursuing a happy intuition has allowed Ames Rambaldi to transform Sati, established exactly 40 years ago, into a company renowned in Italy and worldwide in the sector of the industrial gear production. «It was the 1989-year when my father Ames decided to fly to China, a reality that at that time had nothing in common with today’s China and where to find pinions and crowns was not banal at all – told us his daughter Barbara, who today, together with her sister Valentina, assists the founder in the company’s management – It was a troubled time for the whole sector and many Europeans went to China driven by the wrong spirit while he immediately realized that we had to respect such a different culture. He offered them his know-how, explaining how to pack, how to prepare shipments and in that way he started importing to Italy. Thanks to that intuition, Sati succeeded in recovering, betting on the imports from China, of which we have been pioneers».

Over the years, with constancy and competence, the Bolognese company has cultivated and maintained excellent relationships with some suppliers that today are among the primary players in the engineering industry on the Chinese market. «Besides, we have made huge investments to assure efficient service and logistic: today we rely on a high-tech warehouse taking up 5,000 square metres, organized to manage over 10,000 stocked up items and 20,000 shipments every year – added Barbara Rambaldi – In our company, which attains 70% of the turnover abroad and mainly addresses distributors, we have skilled personnel speaking English, French, German, Spanish, Portuguese and Russian, besides Chinese ».

Another feather in the cap of Sati è “Diogene”, an innovative e-commerce platform. «Through this portal, customers can input orders, enter their documents but especially they can check the availability of goods in real time. We were among the first implementing a system of this kind in our sector: Diogene allows Sati to become an extension of the customer’s warehouse, always and everywhere accessible, both in Italy and abroad» explained the founder’s daughter. Today the Crespellano company is a young, dynamic and flexible reality that avails itself of 60 people’s work and in 2013 reached a turnover of 24 million Euros. «We are specialized in the offer of two product typologies – specified Barbara Rambaldi – We have an important stock of standard components and systems complying with international regulations and provisions but we supply also transmission elements upon customers’ specific designs and in this case, if customers require it, we avail ourselves of Italian suppliers’ collaboration, granting precision, controlled quality and fast delivery terms. We have the ISO 9001 certification; there is an in-house quality control and a dedicated metrological office». Sati’s management is still steadily run by its founder, even if the company has grown, especially in terms of competences. «We have numerous productive and commercial projects for the future: from the implementation of new products to the setup of foreign branches – ended the manager – Sati has celebrated its 40th year of activity. An important goal that gives us new energies to plan a future in the name of innovation. Our vision remains anyway the same of the first 40 years: customer care with excellent service».

From workshop to industrial enterprise

1974 Sati S.p.A. was born at Calderara di Reno (Bologna) from the entrepreneurial idea of three partners. In a small workshop, using 4 gear cutting machines and 1 lathe, a team of 5 people starts producing industrial gears that complete the production of reduction gears.

1977 The company moves to Zola Predosa (Bologna) and the company’s structure widens. Lathes become 4, gear cutting machines 20. Sati starts being renowned and standing out on the market with its production of transmission elements.

1989 Ames Rambaldi flies to China. He is one of the first explorers of these markets and, as producer, he cultivates the potentialities of those that will become strategic partners, establishing sound industrial relationships that will strengthen over the years.

2003-2004 Huge investments are dedicated to logistic, quality control processes and computerization. They set up Diogene, the e-business platform and Sati reaches 15 million Euros.

2014 Sati widens its range that today includes a complete line of V-belt and timing belt pulleys, racks, joints, chains and items upon design.

The warehouse, the core of Sati.