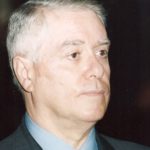 Several times I have argued with my colleagues about the field of automatic (or automated) motor transmission with more than traditional five or six speed-gears.

If we think about it, we note that automatic transmission – for decades – seemed to be preferred only by North American drivers.

In Europe, the rest of the world and – in particular – in Italy, manual transmission seemed to be forever the favorite, and this has gone on for decades, up to the absolute campaign against pollution, including “motor pollution”.

I remember that the first Californian regulations (when in Europe and the rest of the world there weren’t too many “environmental” issues) concerning the reduction of pollution levels from internal combustion motors seemed – for several years – almost incredible to us.

Instead, the European regulations have long imposed on the entire world an excellent technological exercise for motor and gear designers (which particularly concerns those who live and work in the world of gears).

Taking advantage of a maximum speed motor (which means, in essence: better combustion = less pollution) requires a gear that could allow the motor to “run” in optimal conditions for torque and consumption. This, of course, makes it necessary to increase the number of speed-gears.

While the old three-speed automatic transmissions, which for decades equipped  the large American cars with “gigantic” engines , already met the needs of ease of overseas forcedly calm drivers, the motor and car “downsizing” – along with  more stringent anti-pollution regulations – immediately began to impose the use of increasingly “fractioned” speed-gears: from three speed-gears we passed to four, five and six.

Soon, however, even five and six-speed gears (which in the early years seemed to be more than enough) had to give way to seven, eight, nine and – now – ten speed-gears!

This increase in the number of speed-gears and the consequent increased rate of gear changes while driving, have inevitably led to automation.

As a matter of fact driving a vehicle with 10-speed manual transmission (but also “only” eight or nine) would be a torment!

“Downsizing” has also forced these new speed-gears towards sophisticated designs in order to reduce overall dimensions, weights and downtime related to the much more numerous gear changes. Hence smaller gears, but made with better and more quality/finishing steel; and distributed over three shafts – rather than two – and with double clutch, which allows much faster and less perceptible gear changes for the motor even more than for the driver.

The large increase in the number of gears needed in each “new” automatic transmission with high number of speed-gears (Higher Geared Transmissions) are certainly welcomed by those producing them, as well as those who supply production means and tools which are increasingly productive  and accurate.

But now, let’s take a look at the volumes that have been calculated and published this year for the single car production in North America:

They are impressive figures that refer to the global market, and should already be multiplied by two or three.