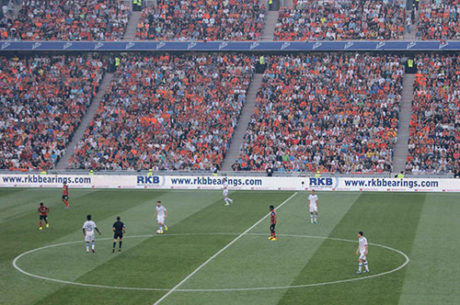 The RKB Group renews the sponsorship of the Donbass Arena football stadium in Donetsk (Ukraine), in the Ukrainian Championship and Cup.

The facility, which was opened in August 2009, is located in the center of the city and hosts FC Shakhtar Donetsk matches.

It also represents one of the most popular aggregation points in the whole of the city.