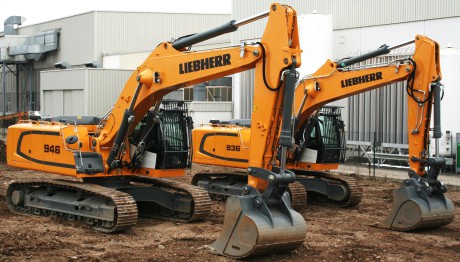 Two is better than one. It is not a simple slogan but a different vision of how to manage the complex hydraulic plants of excavators. The double circuit of the Positive Control has disclosed new horizons, especially in the light of the new motors with fully electronic controls, without which it would be impossible to comply with emission regulations for medium-high powers. A conceptual jump where the integration among distributors, pumps and motors makes hydraulic excavators become simpler and more intuitive machines. It is not easy to harmonize three discordant elements: speed, precision and low consumptions.
The course is to make the machine more “human” reducing its reaction times, optimizing outputs and minimizing wastes. Targets are obvious: enabling the motor to supply only strictly necessary torque and power, so that pumps supply oil in the shortest possible time, at the exact pressure and in the precise quantity for that application. In this way, we reduce fuel and time wastes, speeding up the excavator’s reaction. It remains, finally, the hydraulic sensitivity.

Complex element and, more than others, undergoing users’ severe scrutiny. We attain precision and speed, also in this case, reducing the reaction times between pump and distributor and between handler and excavator motion.

One of the best solutions has come almost on the sly and not all manufacturers have immediately understood its great potentialities. Since the late Eighties, electronics has managed the electronic plants of medium-high end excavators and manufacturers’ commitment to the improvement of these solutions has never stopped.

Today some can devise plants with more than two pumps in synergy one another, with positive outcomes concerning jolt forces and operation speeds, to the detriment, however, of consumptions and manoeuvrability. Regarding also those where the latter aspect was proverbial. Others have instead turned to the solution provided by Positive Control plants that exploit the simultaneous control of pumps and distributors. Compared to the more diffused Negative Control, the circuit is double to send signals to pumps and distributor simultaneously. With the Negative Control, the signal is monitored only on the distributor that, according to the working conditions, has a reaction that the pump must suit. This implies some delays that affect the motor, consumptions and the control sensitivity.
We are speaking of few instants that it is difficult to measure, corresponding to second fractions. From the operational point of view, however, they involve that minor sensitivity that the operator perceives in very fast manoeuvres that need his adaptation to the excavator. With the gradual rise of performances, however, these differences are increasingly felt, making some new machines less manageable and more Diesel fuel-eater. The double circuit of the Positive Control, on the contrary, sends a double signal to pump and distributor to make them operate in unison and to improve the overall efficiency. An optimization that, cycle after cycle, knocks down consumptions and makes the machine use smooth and productive.

The application: the Positive Control and hydraulic excavators

Liebherr is one of the manufacturers that have decided to use the Positive Control hydraulic plant for some models of medium-end hydraulic excavators.

The German manufacturer’s machines have become renowned in time for their force and reactivity that operators often had to manage wisely. The decision of using a Positive Control plant was dictated by the double will of increasing the motion controllability while keeping unchanged the high manufacturing standards that have made these machines appreciated. While exploiting the complete electronic integration between motor and hydraulic plant to reduce consumptions. We tested alive Liebherr R936 and R946, in the class included between 30 and 40 tons, to understand whether this new solution has reached the prefixed targets. Both excavators highlighted a drive smoothness that makes them equal the level of the best Japanese competitors. Reactions are always easily controllable, in all four selectable programmes.

R936, in particular, has always comfortably controllable reactions even when used at the maximum power. We tried to stack some small rocks in HP modality and the operation was accomplished successfully without any problem. The same for the trimming of slopes or the formation of a plan by using translation and equipment simultaneously. If both excavators highlighted a particular bent for precision activities, R936 was a real surprise in terms of successful integration with the Positive Control. We are anyway talking about machines that, despite their mole, are highly suitable for precision works. In the more usual excavation and loading activity, they do not give up force and speed without ever generating uncertainties in the motion controllability. Two excavators that have maintained the typical Liebherr qualities but in which the Positive Control has brought that precision missing before.

The product: the distributor for hydraulic excavators

For the excavators in the category exceeding 20 tons, the compactness of the distributor and the Positive Control technology constitute the optimal basis to save energy, to reduce the assembly complexity and to achieve a more dynamic and precise response.  The Rexroth M9 distributor provides a more dynamic response, better stability, improved functionality and higher control user friendliness. The simultaneous execution of different motions is a typical characteristic of excavators and the circuit of M9-25 allows supplying utilities, each with a separate pump. Thanks to the separation of pump circuits, even in case of simultaneous motions, the various utilities can be handled at different pressures, quickly and saving energy. The sum of pump circuits allows reaching high speeds. Essential element are the minimal losses in neutral position and the advantage that, in pump regulation phase, no piloting losses occur. The compact structure permits their installation in narrow spaces. All utility connections are positioned on the front side, with the presence of additional elements for auxiliary circuits. The connections for pumps, tank and radiator are on the rear side. Besides, the system is already prearranged, using both electronic RC central units of BODAS modules by Rexroth, to introduce progressively a fully electro-hydraulic control without relevant structural modifications. For further information: www.boschrexroth.it