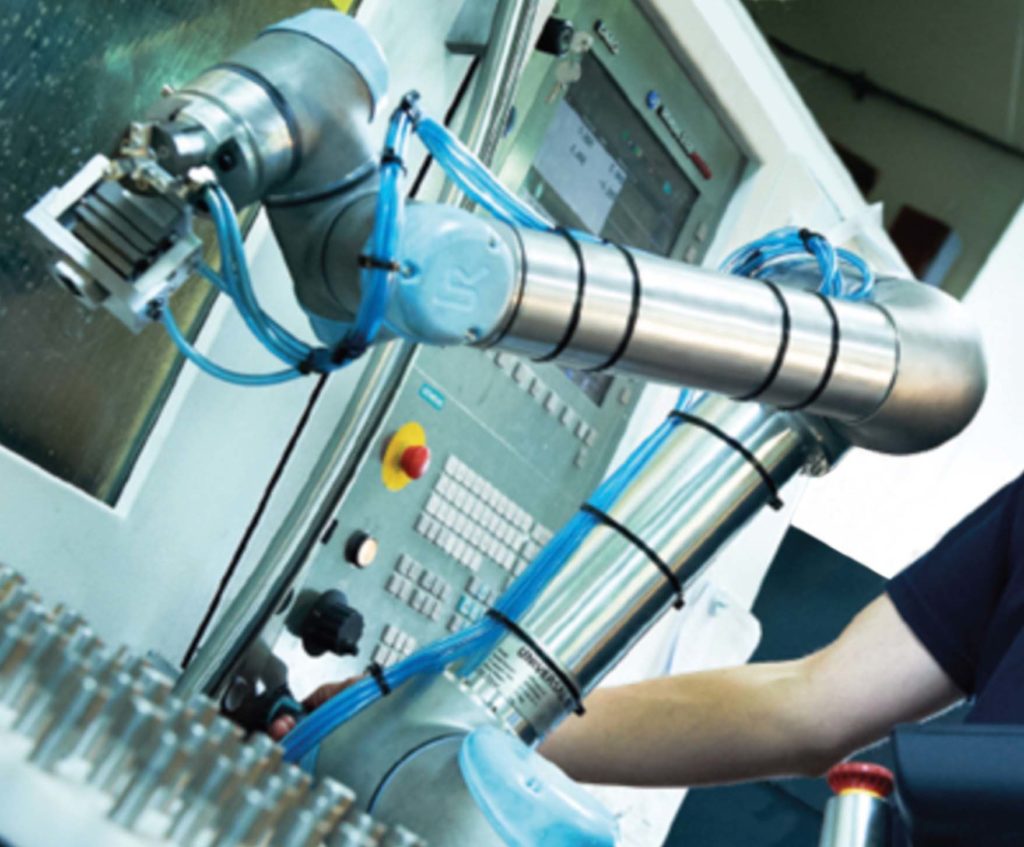 New investments in technology and quality. The brand-new resin-metering station with a collaborative robot arm now in operation at the Pisogne production plant.
Alongside a significant increase in production, new major investments in technology have characterised the year at the Euroswitch plant, based in Sale Marasino (Brescia, Italy), an enterprise of excellence in the design and manufacture of sensors for the most varied industrial sectors.

In the Pisogne-based futurist 5000-sq.m. production plant, a brand-new resin-metering station equipped with a collaborative anthropomorphic 6-axis  robot has been recently installed. It complies with European standards ISO 10218 and the new TS 15066 on the safety requirements for industrial robots and with the TÜV Certificate for the sharing of workspace with human operators in the absence of safety barriers.

The self-learning system allows you to fully automate operations that were previously made by hand and to meter the resins very precisely.

And that’s not all. In addition to the resin-metering station, a new static furnace featuring high temperature uniformity (the fourth installed at the plant) for the polymerisation of resins suitable for sealing, protecting and insulating electronic and electromechanical components used in the production of sensors, was also installed. This particularly sophisticated work station is equipped with a software for the direct or remote control of an endless number of programmes and functions.

Both systems interact directly with the corporate management system, via the verification and recording of data and the monitoring of production processes – all under the industry 4.0 current trend of automation.